On the Frontlines of Our Broken Planet 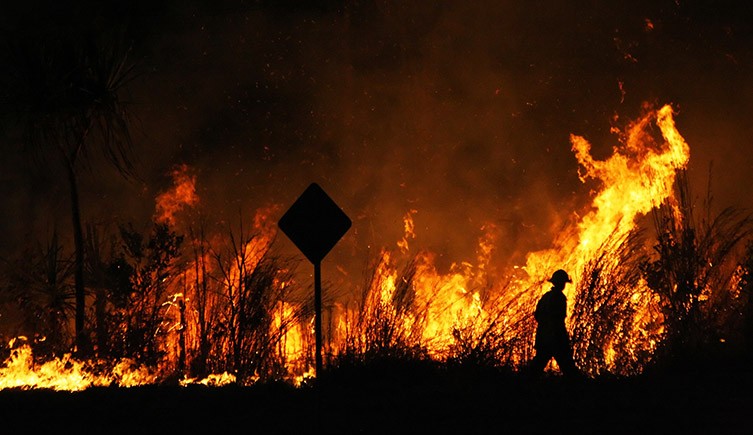 From dense urban cities to remote islands, the impacts of the planetary emergency are felt across the world. But communities that contribute the least to the causes are already experiencing the most severe repercussions of climate change and biodiversity loss.

Inequality is at the heart of the planetary emergency, with environmental challenges deepening existing social, cultural and economic inequity. Ahead of the UN Conference on Climate Change (COP26) in Glasgow, we’ll be convening key voices from the front lines of climate change: Isaac Ssentumbwe of Rise Up Movement in Uganda, Anjali Raman-Middleton of Choked Up in London and Gladys Habu, UNICEF Pacific Ambassador. Together they will discuss the urgent actions and solutions that need to be taken to avoid climate catastrophe, and how they are driving real change in the communities most desperately in need.
About the speakers

Anjali Raman-Middleton is a young activist and co-founder of Choked Up, a campaign formed by black and brown youths highlighting the disproportionate impact toxic air pollution in London has on people of colour. The campaign is backed by over 100 doctors demanding tighter regulation of air pollution. In March 2021, Choked Up installed guerrilla ‘Pollution Zone’ and ‘Breathing Kills’ road signs in some of the most polluted parts of London, including Catford, Whitechapel and Brixton, and in July 2021 collaborated with Transport for London on a campaign raising awareness of air pollution.

Isaac Ssentumbwe is a climate justice activist from Uganda, with a focus on engaging with frontlines communities and the empowerment of young women and girls. He is the Community Mobiliser for the Rise Up Climate Movement, an Africa-led global social movement dedicated to amplifying the voices of activists across the continent. He is also a lead convenor of the Girl on the Move Initiative, which is dedicated to the education, training and elevation of vulnerable young women across Uganda.

Gladys Habu is a UNICEF Pacific Ambassador, hospital pharmacist, and climate action advocate from the Solomon Islands in the southwestern Pacific. She was crowned Miss Solomon Islands 2019/2020 for her work in advocating on the significance of early detection in cancer and in raising funds to further develop her country’s one and only cancer unit, whilst utilising this platform for climate advocacy as well. In January 2021 she received an honour from the Queen, the Commonwealth Points of Light Award, for her campaigns to raise awareness on the impacts of the climate crisis. She was also nominated as a UNICEF Pacific Supporter before taking on the role of Ambassador, in recognition of her work in improving child and maternal health across the nation.